About the Ford Fiesta

It was 1976 and the advertising catch was “Ford’s New Baby”. For the first time the country’s biggest car manufacturer had decided to launch a small car and so began the story of the Ford Fiesta. There wasn’t a supermini segment in those days and few car makers had realised the huge potential that lay untapped in that small-car retail market.

Times were changing, families could afford a second car, and first time buyers who didn’t need the extra space were opting for more practical transport. The effects of the oil crisis were still being felt and the age of the supermini was just beginning. Ford had launched their new baby at just the right moment.

Ford developed the Fiesta to be a pan-European built car. It would be designed, built, and assembled all over the continent and it could be sold in the same way. This wasn’t just an Essex dream, it was much bigger than its Cortina domestic sales success - they were looking at all Europe. In fact for the very first time they were looking worldwide.

The Fiesta went on to be an extraordinary success. Since 1976 there have been seven different generations of the Fiesta. The model has been built on a truly global scale on just about every continent including South America, China, South Africa, Spain and India. It represents the modern car, not only technically or for its design and functionality but more importantly, because it proved that everybody could recognise it. Whether it was a Ford Figo in Asia or a Ford Ikon in another continent, the whole world could buy their own branded supermini, made or assembled locally. Suddenly the dynamic had changed forever and Fords new baby had conquered the world.

When the first Fiesta hit the blue oval showroom in 1976 the customers were queuing up and by 1980 over 1 million had been sold. Ford saw the potential of the Fiesta’s cross age group appeal and chose the models to suit. There was a basic, mid-range, luxury, and of course a sporty option – starting off life as the SuperSport and quickly progressing to that loveable rogue, the XR2.

Ford made the very most of its new hot hatch, and they knew only too well that motorsport success would ultimately lead to increased sales. The old “Race on Sunday, Sell on Monday” catchphrase was no doubt coined somehow in Dagenham and it certainly rang true. From the Fiesta Challenge Cup for circuit racers, through to rallying and rallycross, just about every type of car racing would feature the Fiesta in one guise or another.

With each generation the footprint grew a little and the engine choice became varied, from the early 1100cc - ever dependable and easy to service - through to the latest turbo-charged EcoSport and EcoBoost power plants. Diesel and turbo diesel choices were to become another mainstay in the model line-up. 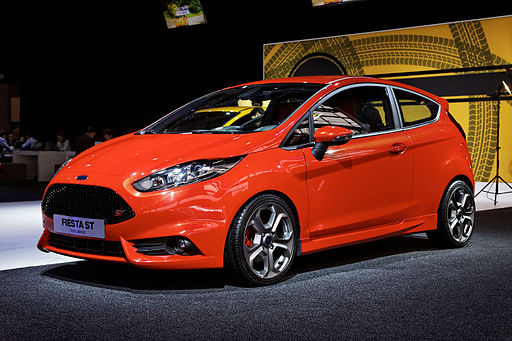 The next generation Fiesta will be the eighth version of Fords 40 year old baby, heading towards middle age but still as young and spritely as any of its rivals. There has not been a year since its launch that the model has not featured in the top ten best-sellers, new or used. In terms of used cars stock it’s a must have. The Fiesta remains an integral part of the nearly new vehicle choice on offer and because of its benchmark status it will remain one of the most popular second hand cars.

Car of the week! 🌟 Volkswagen Golf 1.4 Se Navigation TSI BlueMotion finished in turmeric yellow! 🟨💛 This great exa… https://t.co/e9MUiOGA2A
14 hours ago
Did you know that we're recommended by 96% of our reviewers? ⭐️ #mondaymotivation https://t.co/ggZae7bDxq
1 day ago
We use cookies to enhance your experience. By continuing you accept our cookie policy.